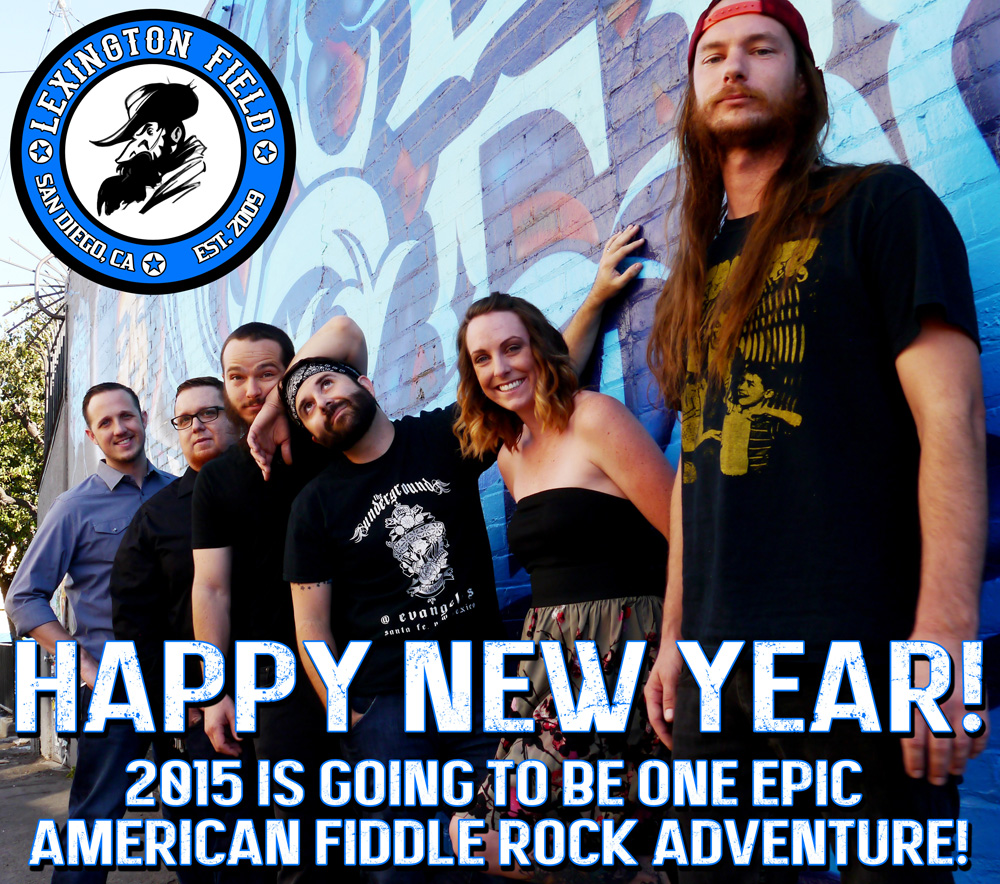 2014 is in the books!  It was a very memorable and transforming year for us.  We said goodbye to two members of the band who we shared so many memories with.  We wish Cami and Casey the best in their future endeavors – love you guys.  By luck and randomness, we welcomed two new members to the ranks, Olivia (fiddle) and Tom (bass).  They gave us a fresh start, a new energy, and most importantly got us into a strong writing mode.  We are blessed to have their talents in Lexington Field and two awesome people we now call close friends.   In other big news, we signed to East Grand Records out of Michigan!  An awesome label with so many rad bands including our good friends from down under, The Ramshackle Army!   We wrote a new full length album which we will start recording in less than two weeks and release it on East Grand in 2015!  We even recorded one song for the new album this year called “Whiskey” so you all could get a taste of what we believe is the best music we have come up with yet!  We got to play a ton of shows this year and share the stage with Old Man Markley, Brick Top Blaggers, Quel Bordel, Young Dubliners, Mandolin Orange, The Silent Comedy, Craic Haus, Galway Hooker Band, and the McNaughstys!  Another big surprise was being nominated for Best Rock band at the 2014 San Diego Music  Awards!  So many cool things happened!

On a personal note…Beau married Amy, Tom married Megan, and Bryan and Sadaf had a son, Lincoln.  Olivia is busier than ever with School of Rock and her boyfriend Jeremy will be producing and recording our new album.  Vince is making banjos and rocking out with Just Like Jenna and The Fooks from time to time.  AJ is providing his musical skills not only in Lexington Field, but also the rock band Desert Suns & doom metal outfit Beira (with his girlfriend Ruby on vocals and guitar).  Cami is on the road to healing from her wrist injury and was able to raise the funds for surgery.  Casey is taking up guitar and singing in his new punk band.  Things are moving and shaking in the world of Lexington Field!

We will be entering a whole new era of American Fiddle Rock in 2015.  Stay tuned and we will see you at the shows!

Continued success…and also with you.